This summer was the first time my boys ever played organized basketball.  There was a part of me that really dreaded this.  On some level, I knew my boys were going to have some challenges mastering the sport.  I was absolutely right.  They both quickly learned that remembering all the rules, dribbling while in motion and taking a shot with someone twice their size right in their face were all rather impossible.  On a positive note, they both looked absolutely adorable in their uniforms.  So, basically, they always have their looks to fall back on. 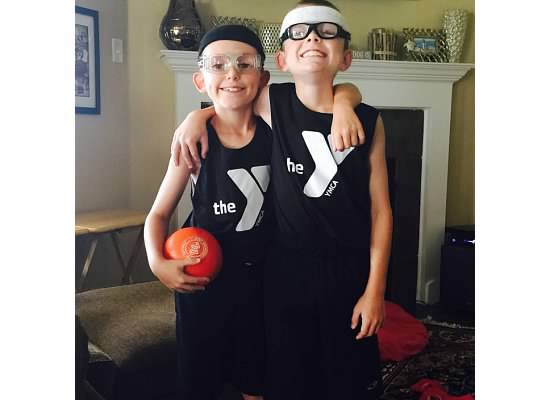 In all seriousness, I knew the season was going to be tough when the first team the boys played was adult-size and had been playing together for six years.  I actually thought it could have been longer than six years as I was pretty sure I had seen their center driving his own car to the game (not really, but I did want to check his birth certificate to verify his supposed under 10 age).  Needless to say, my boys are not so motivated to hoop it up anytime soon.  Long live soccer!!

Over the course of summer, in between basketball practices and games, I got to spend a tremendous amount of time with my guys.  For the most part, I found this time to be truly delightful.  I enjoyed their humor, their company and their energy for life.  It wasn’t all smooth.  There were some classic moments such as these: