For some reason, turning 44 this week feels auspicious. 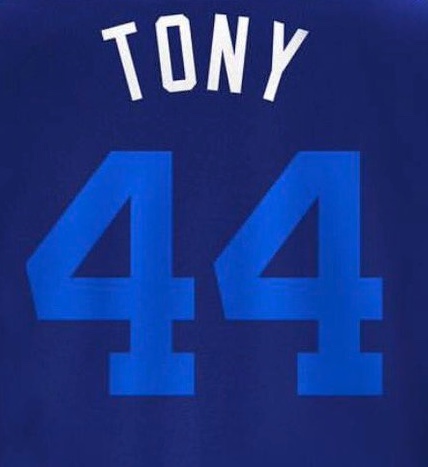 Whatever the reason, I am ready for the new year and feel like whatever comes my way will change me for the better.

I thought getting older would mean I would relax on a plateau of wisdom.  As if each birthday was a step closer to the truth about life.

Quite the opposite actually.

I have more questions than ever before.

Through the uncertainty, a few things remain constant.

The first being is once you have something figured out, guaranteed, it will shift until you no longer recognize it.

The second being the unconditional love I have for my boys.  Trust me, this love gets tested more as they grow older (I’m looking at you, Full Speed!), but I am always grateful it is right below the surface. 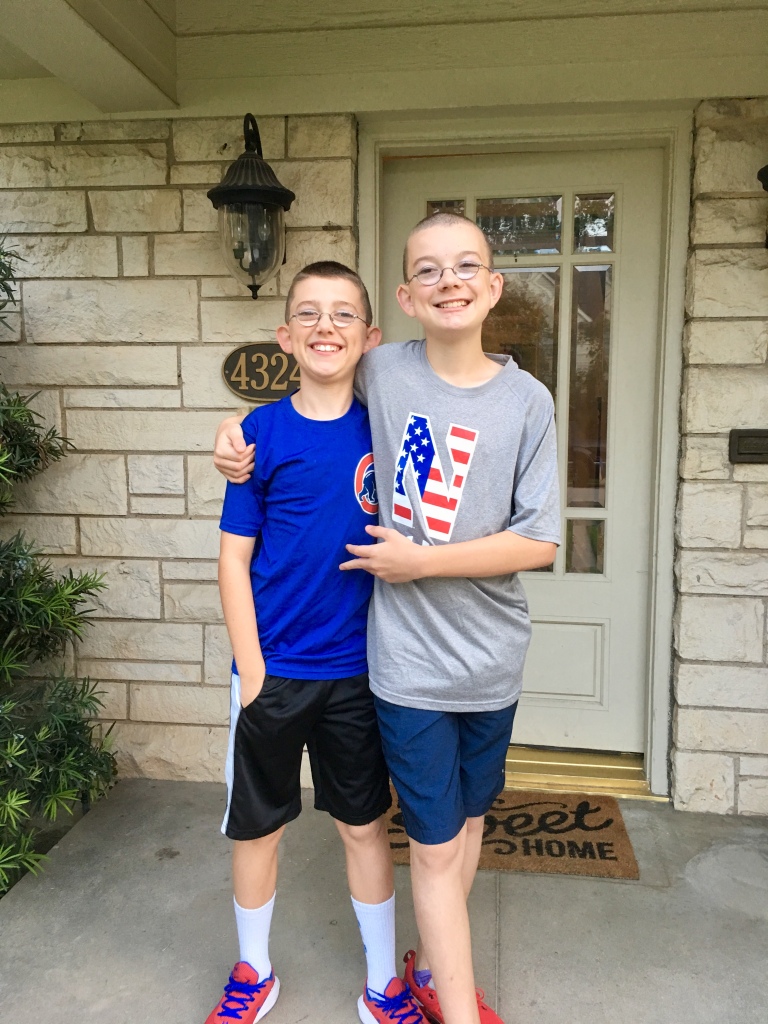 The third and final constant is how comfortable you are with the unknown is proportional to how content you are with life overall.  I certainly do not have this mastered.  I prefer patterns and certainty.

Sometimes boring feels like a balm to the soul.

I hope my 44th year brings new friends, new adventures and lots of predictable days ahead. 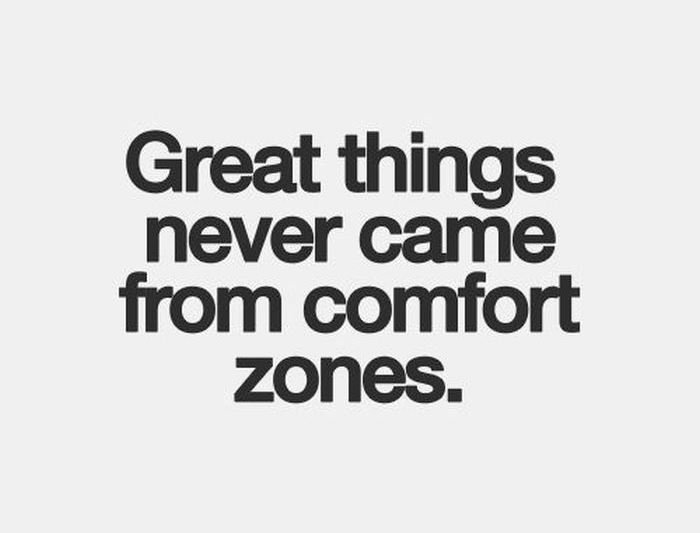 I don’t know about you, but the fact that baseball season has commenced has brought a spring to my step and a joy to my soul.  I can’t explain it, I think it has to do with my genetic code or how I was raised on WGN, but when I’m watching baseball, the world feels right to me.  If I am lucky enough to watch it in person, well then, it’s just next level awesome.  Throw in hanging with my three guys and honestly life could not get any better at Marlins Park in the heart of Miami, but then, it did!  It totally did!

As the first inning of game two of the four game series of Marlins vs. Cubs got under way, Mad Dog exited our row in search of a soft pretzel.  Being opening weekend, there still were some kinks with customer service, so I knew he would be gone for a while.  This didn’t faze me because I was at a baseball game!  Life was good!  Then, out of the corner of my eye, who strolls on in and sits right in front of me?

RIGHT IN FRONT OF ME!

I can’t really explain it to a non-baseball fan, but as the President of Cubs Baseball Operations, Theo literally transformed the Cubs into World Series Champions.

Click below to learn more about this legend of baseball statistics and trades:

How Theo
Worked His Magic

Theo Epstein took over the Cubs in 2011 after a 71-win season. This year, they won 103 games — and their first World Series in 108 years. How did it happen? We examine all his moves, big and small.

BY BRADFORD DOOLITTLE AND LUKE KNOX

Naturally, I about fell out of my seat.  I was absolutely frantic.  I couldn’t communicate to Full Speed that Theo was sitting in front of us. I didn’t want Theo to hear me talking about him because he WAS RIGHT THERE!  And, then, Mad Dog took FOREVER to get back from the pretzel situation and this whole time I WAS DYING inside from excitement.

Eventually, Mad Dog returned and I had finally communicated to Full Speed who was in front of us.  I had him write a note to Mad Dog on a score card we had so again, I wouldn’t have to say Theo’s name out loud.  From there at about inning 5, Mad Dog politely asked Theo to take a picture with me.  I was so excited that’s why I look like a big cheeseball, and weirdly, Theo looks unaffected. 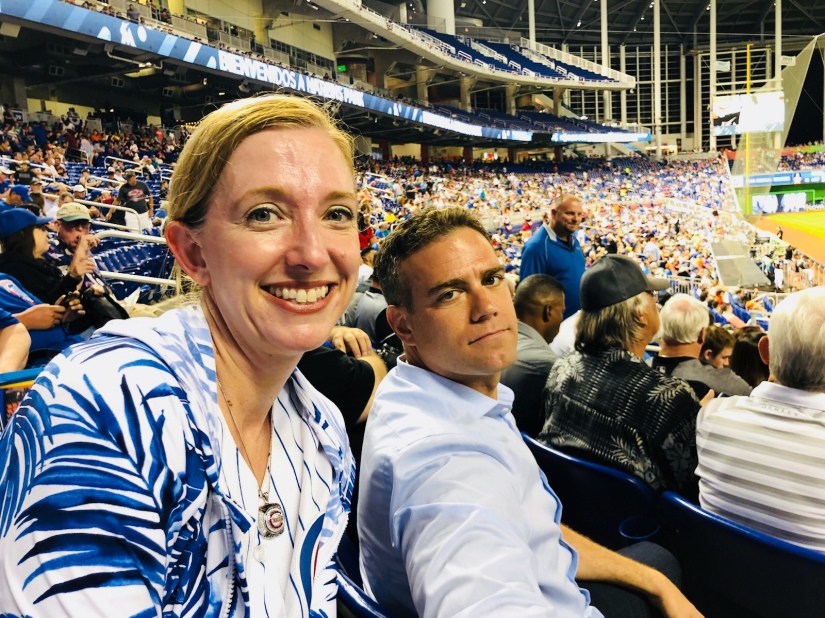 Still, the picture is awesome!  It kind of is more awesome because Theo looks so ‘overjoyed’.

It is totally going to be this year’s Christmas card.

And wouldn’t you know, this game ended up going 17 innings!

The boys turned on us at about inning 13.  They were so MAD.

At about inning sixteen, I started to maybe wonder if it was time to call it, but I had to stay.  I mean, I couldn’t leave my new best friend alone to shoulder the fate of our team.

Theo’s face says it all: 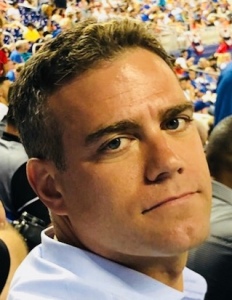 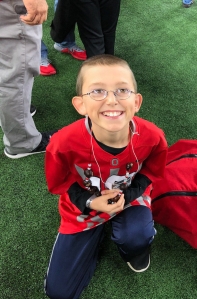 T.Puzzle has to write a speech to be performed in front of his class.   Thankfully, like his brother before him, he is fairly at ease with public speaking so this is not the challenge.  The challenge is coming up with a topic.  No lie, these are the highlights from the actual list we generated.  The ones in bold are my ideas, the ones in italics are T.Puzzle’s:

Like you, I am on the edge of my seat waiting for how this all unfolds.

First, before you delve into the wondrous writing I have created below, I want to share my intention to write a post a week for Writes for All Mommies.  I’m a little scared in all honesty, because now that I’ve written this intention and you’ve read the words, I actually have to do it.  So, welcome to WFAM Wednesdays!  I’m grateful you are here.  You rock!

There are many points of light on the horizon of raising children which flit across your awareness and then are gone forever.  The first smile, those first steps, learning how to read, ride a bike…etc., etc.  It all goes by too fast and makes my heart ache with nostalgia.  However, once you are a grown-up, those sweet mile-stoney moments are all but extinct.  Somehow my first mammogram didn’t seem quite so awesome as all the cool things little humans have to master as they journey towards adulthood.  Truth be told, I thought most of my notable moments were behind me.

But then it happened.  By some strange sequence of events and circumstances, something unexpected occurred.

A forty-three year old mom got carded at the grocery store!

I was so flummoxed when the cashier asked for my I.D., I started to act all weird and suspicious.  To be fair, I was in work-out gear (apparently working it!), had a baseball cap on (Go Cubs!) and the bespectacled cashier never really looked directly at my face.

This felt so momentous because I am fairly certain this is the last time I will ever be carded in my lifetime.  How’s that for a milestone?  The first-last time you get carded.  It’s a thing now.  Well, a thing I made up but still.  It’s a thing.

Later, when I was cheerfully sharing my wonder over being carded with the boys, I was quickly brought back to reality.

Full Speed:  “So when someone cards you it means they think you aren’t twenty-one?!?  The cashier really thought that????”  (Poor guy looked so confused.)

T.Puzzle: “Bahahaha…..!”  (Basically he laughed to infinity as he rolled around in disbelief.  In fact, if you ran into him today, he’s probably still laughing.  So glad to be the light of humor in your life, Son.  I mean that.  Really.)

So, I was quickly put back in my place and humbled (horrified?).

Thankfully, this old girl loves her life and her disbelieving chuckle-y boys. 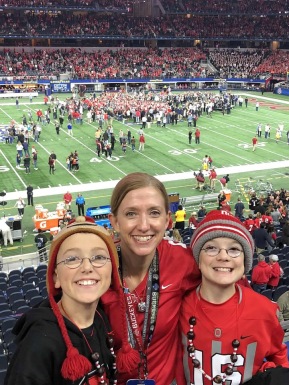 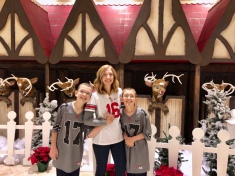 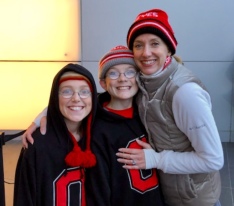 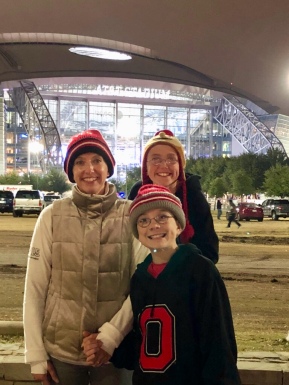 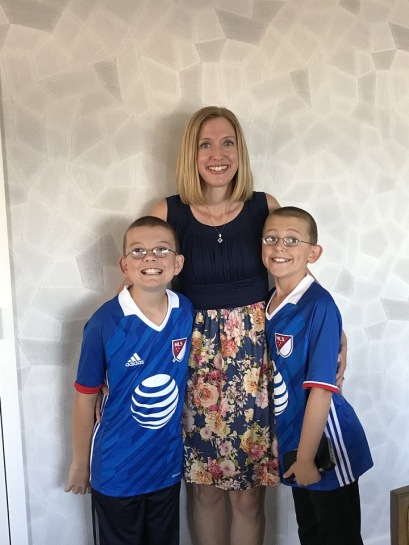 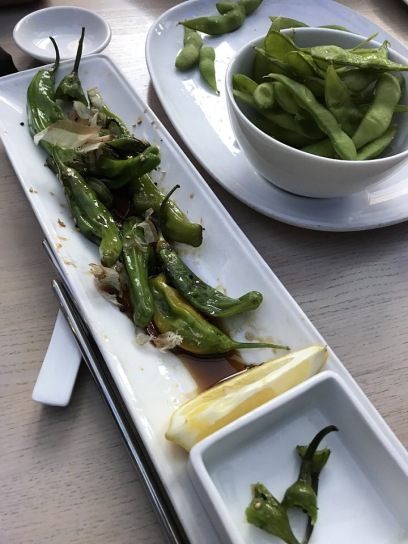 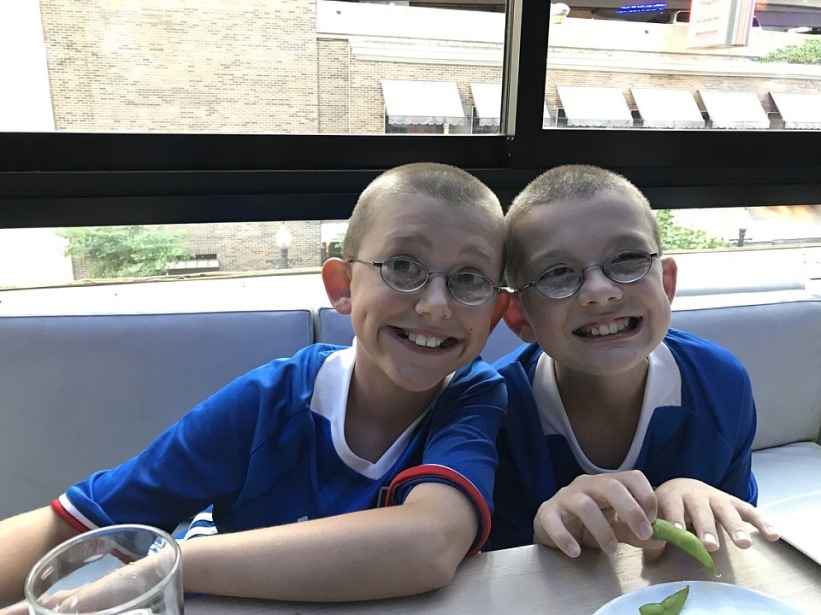 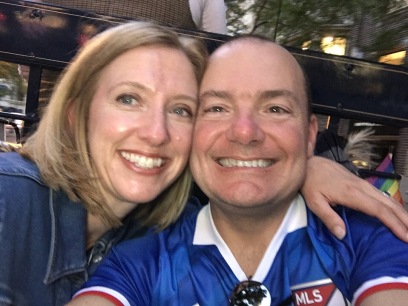 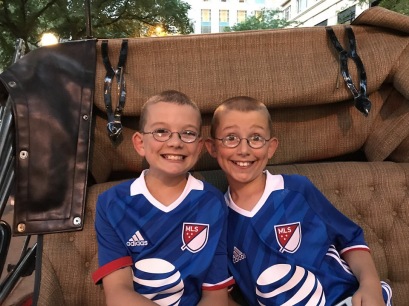